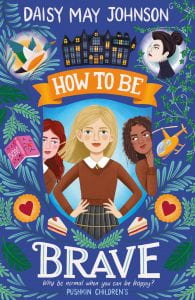 What an absolute treasure of a book.  It is a total delight for all of those who love stories set in a boarding school, which in this instance is called the School of the Good Sisters.  The story  begins with a young girl called Elizabeth North being sent to the school after the death of both her parents.  The nuns are kind but eccentric and Elizabeth soon learns to love the school. One day her class is out for a walk in the grounds and they come across a small brown duck, sitting in the road.  Elizabeth is the one person who is brave enough to go and help it.  This leads to her lifelong fascination with ducks (and especially the Mallardus Amazonica, which she had first seen) and also to the adventures that are to await her and her daughter in the future.  If we fast forward quite a few years we find Elizabeth and her daughter Calla (named after a lily from southern Africa) living a somewhat erratic lifestyle, due to Elizabeth’s difficulty in coping with the mundane aspects of life, such as keeping a job, paying bills and not burning the food.  When she is offered a job in the Amazon, studying the ducks she loves, Calla is sent to her mother’s old school.  However, when she arrive she finds that things have changed.  Her mother’s nemesis from her school days, Magda DeWitt is now the headteacher and she is trying to make the school a much stricter place (and don’t get me started about the awful food, yuck!).  The pupils are ready to start a revolution and Calla finds herself  caught up in events; but then she receives a message to say that her mother has been kidnapped and then gone missing.  Calla is determined to attempt a rescue mission, but first she has to deal with the ‘headmistress from hell’.

This is a stunningly original take on the boarding school story.  There is family, friendship, adventure, mystery and above all there are BISCUITS.  The author has added to our reading pleasure with the inclusion of many footnotes throughout the book.  They explain some of the terms, provide humorous comments and generally work as gentle asides from the author.  It is a delightful mix of Hogwarts and St Trinian’s, with a mix of eccentric pupils and teachers who would be equally at home in either establishment.  Having attended a convent for 7 years, I only wish that I had such an enterprising group of teachers.  Most of us get our knowledge of boarding school from reading books and watching films but for those who want a look at the reality for those attending school post- WWII then Ysenda Maxtone Graham’s book “Terms and Conditions” (Slightly Foxed,  9781906562977) is well worth a read; you will see that the fiction definitely lives down to the reality for many past pupils.  I have also just come across this latest podcast from the publisher Slightly Foxed which has a section about boarding school stories https://foxedquarterly.com/picnic-at-hanging-rock-slightly-foxed-podcast-episode-32/?ct=t%28SF+Podcast+Episode+32+Reminder%29  so I am really looking forward to listening to this as well. Daisy  has definitely made me want to revisit some of the books from my youth and perhaps catch up on some of the authors that I missed out on.  Most of my boarding school knowledge came from stories such as the “Sadlers Wells” series by Lorna Hill and the “Four Marys” who appeared in Bunty magazine throughout my childhood, this means that I have a wide range of authors to read and then discuss with other fans of this type of book.  It should keep me busy for quite a long time and perhaps i will be able to meet up with Daisy at a conference or festival and have a long chat about favourite school heroines. 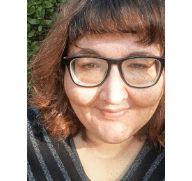 Writer, researcher, chartered librarian and former A14 Writer In Residence with the University of Cambridge, Daisy wears a lot of literary hats. She blogs about children’s literature at Did You Ever Stop To Think, about her research at Big Boots and Adventures, and can be found happily gossiping about children’s books on Twitter.

She’s a specialist in children’s literature, and has written about gifted and talented characters, the representation of landscape, literary tourism, and currently researches young girls and creative writing. Her favourite children’s books include boarding schools, buns, and silver brumbies wandering around the outback.  She’ll talk to you for days about how groundbreaking The Chalet School In Exile is.  And when she’s not reading or writing books, she’s making chocolate brownies and watching vintage films. She loves a Gene Kelly dance number, fangirls over Burt Lancaster, and adores a good Powell and Pressburger.

Daisy’s first novel for children, How To Be Brave, will be published by Pushkin in 2021.