For the last 15 years or so I have been used to Youth Libraries Conference being in September, apart from the two joint conferences in 2000 and 2012.  However this year it has been in October and I have just returned from an exciting but very tiring two days in Birmingham.  What a collection of authors, illustrators and other speakers and of course the exhibition gave us the chance to look at new titles and talk to our publishing colleagues about their hot tips.

The first day started with a session given by Michael Foreman who was talking about his new book “The Amazing tale of Ali Pasha”, which is based on a true story 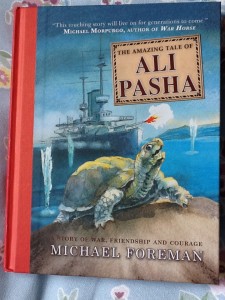 It is a fascinating, poignant and ultimately uplifting story of a young man who serves in the Gallipoli campaign, in the Royal Navy.  The illustrations are skillful and very atmospheric.  A beautiful addition to the growing list of books about the First World War.

The Amazing Tale of Ali Pasha 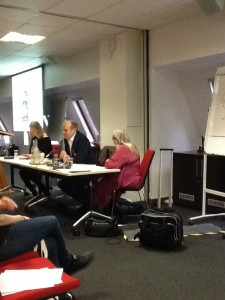 The afternoon began with Holly Smale talking about her book “Geek Girl” and Ian Johnstone speaking about the first in his series The Mirror Chronicles, called “The Bell Between the Worlds.  One of the benefits of wi fi is that you can actually buy the ebook whilst listening to the author.  I thoroughly enjoyed reading Holly’s first book recently and am looking forward to Ian’s; he really made us all enthusiastic about this work. 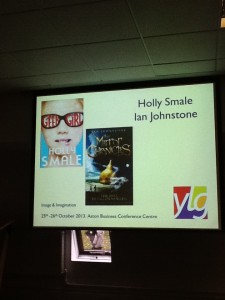 The highlight of any YLG Conference is the Carnegie Dinner, where the medal winners are re-presented with their awards and delegates are able to meet with them.  Luckily Sally Gardner and Levi Penfold were both able to attend and spoke eloquently about winning their medals.  However I have to say that the pinnacle of the evening was the after dinner speaker, Sir Tony Robinson.  As a fan of his for so many years it was brilliant to hear him speak about reading, literacy and libraries.  He had obviously researched well and was passionate about the need for people to be able to access libraries, and for those to be well run and fit for purpose.  He is also known for the many books he has written for children, a favourite of mine being “worst children’s jobs in history” and he was also promoting his new book “weird world of wonders”. 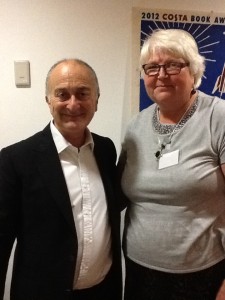 The Saturday events began early with a session by Kate Wilson from Nosy Crow starting at 8.15 am, this must rank as the earliest start ever.  This was then followed by the shortest AGM in history and a wonderful and thought provoking session about visual literacy by the brilliant Ian Dodds.

We were then spoilt with a positive galaxy of authors including Melvin Burgess, Lucy Christopher, Emily Diamond, Rebecca Stead (congratulations on winning the Guardian Children’s Prize for “Liar and Spy”),  Jonathan Stroud (see my review of the Screaming Staircase), and the legendary Susan Cooper.

I have come away with several bags of books, some of which I hope to be shouting about in the near future, but here is a taste of what might be to come.  As you can see there are some familiar names, including Holly Black, Ruth Warburton, Eleanor Hawken, Anne Cassidy and Roddy Doyle.  It looks as  if we are in for a good year. 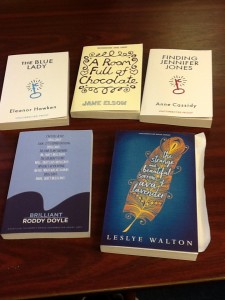 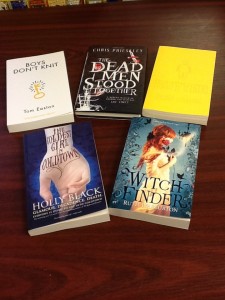 Finally I just have to share a picture of the most amazing hat, worn by Zoe Toft from the blog “playing by the book”, it is really amazing and also very elegant. 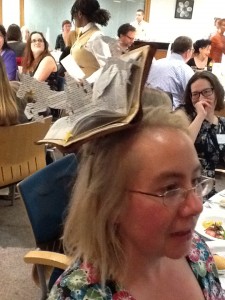