The relationship between humans and birds is something that has been around for generations, although the appearance of “A Kestrel for a Knave” by Barry Hines probably bought it in to focus for many.  This book is both heart breaking and yet full of hope for the future.  The impact of his mother’s death on both Trevor and his father is something that we really feel, but the relationship that develops with the birds allows for healing and change.  I am delighted that I was asked to take part in this blog tour and this book is going to be a firm favourite for those who love to feel close to nature. 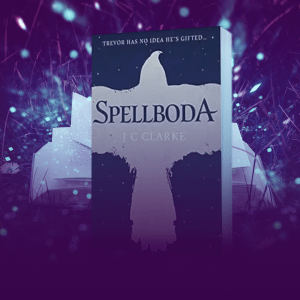 “Trust, belief and a little magic… then maybe they could both fly free Since Trevor’s mum died his dad can barely look at him without yelling. Home is awful, school is worse. People just let you down, and Trevor only talks to Mrs. Bingo-Wings, his mum’s cat. But then he meets Midge, a peregrine falcon in danger, and finds out he has a gift that could change his life forever. Trevor is thrown into the heart of a magical adventure that could promise freedom – for Midge and for himself – but can he overcome his doubts and fears, and take on the destiny he’s only just discovered?”

Previously a falconer, consultant and writer-presenter of CITV’s Wild World, JC Clarke is now loving the writer’s life and is also a script consultant and copywriter. She’s been involved in falconry and conservation industries for over twenty years and is passionate about protecting wildlife. An alumna of the Curtis Brown Creative Writing for Children Course, Jo was shortlisted for Best Opening Chapter for Spellboda at the 2019 Jericho Writers Festival of Writing. She lives in Ashford, Kent with her family – and a large number of animals!

In short, what is Spellboda about?
Spellboda is a magical animal adventure about Trevor, a boy struggling with grief and who doesn’t ‘fit in’, but discovers he has a magical gift. He can talk to Midge, a peregrine falcon, who desperately needs his help. Can Trevor work out who wants to steal Midge, why, and most importantly, can he believe he’s worth something, stop the thieves and save Midge from a life in captivity?

What inspired you to write the book?
I’ve worked with birds of prey for much of my career and I’m passionate about animal conservation. Some of my work has also been with young people, and helping them to transition through difficult situations and times in their lives, and I wanted to write a story that would also help young people to be confident in their unique abilities and strengths, and to believe in themselves.

What are some of the key themes that you explore in the book?
Key themes are animal conservation and education, handling grief and relationship dysfunction, finding self-confidence, self-belief and self-esteem, and being brave enough to live life in colour – with a touch of magic!

Is Spellboda your first book? When did you start writing it?
Although I have several manuscripts gathering dust in my cupboard, Spellboda is the first book I was brave enough to take forward to publication. I started writing it in 2014, but I was working full-time at this point so it took a while – especially as I put it through six re-drafts before I was even close to being happy with it. I should have listened to the themes in the story sooner and believed in myself a little more!

Who, or what, are some of your literary influences?
CS Lewis has been a huge influence and inspiration to my writing, as has Alan Garner, who is my hero! I have a love 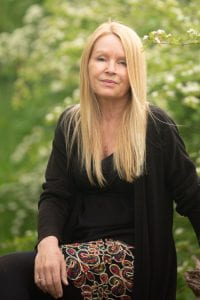 of older classics – including The Water Babies, The Hobbit, Lord of The Flies, and many more, and as I child I used to read Dickens’ A Christmas Carol every December without fail!

What inspired you to write for children / young adults, as opposed to adult fiction?
I’ve always read children’s fiction as a preference to adult fiction, and feel drawn to write it. Imagination is a superpower, and I feel that children aren’t able to let theirs go as much since the advent of tablets, mobiles, gaming and social media… and that books can still give them a chance to let their imaginations go wild.

You were an alumna of the Curtis Brown Creative Writing for Children Course; what was this like, and how did it impact your writing?
The course was hugely helpful to me mid-way through writing Spellboda. It inspired yet another re-draft and also helped me to develop a thicker skin for critical review! Working with respected authors and agents was a great way to gain valuable new perspectives on story writing.

How do you think your story can impact readers?
My hope is that Spellboda helps anyone, no matter their age, to feel worth something when they doubt, to feel they can be brave enough to step up and grab their chance when it comes. I hope awareness is raised for conservation – both in the UK and worldwide – and the belief that making a difference is possible, no matter how small the act.

How long did it take you to write Spellboda, and why?
It took me 6 to 7 years to write Spelloboda, but this was partly because I was working full-time alongside writing, and I wanted to keep re-drafting and working on the manuscript until I felt it was as good as I could make it.

What were some of the challenges when writing the book?
Time and self-confidence were my biggest challenges. Next was finding a place where I could write uninterrupted! I discovered many coffee shops along the way!

And what were some of the highlights?
I vividly recall finishing the book, after the last edit. I think it was because I knew I had got as far as I could at being happy with the manuscript, as much as writers ever can be anyway! I sat at my computer and had tears pouring down my face; happiness at the sense of achievement, but actually more for Trevor, and for his falcon friend, Midge, who have become so real in my life. Other highlights include taking time away to ‘retreat’ to Derbyshire, where Spellboda is set, to walk the peaks and live and breathe in every aspect of the setting I was writing.

You were previously a falconer and have a passion for wildlife; could you tell us more about this?
I fell in love with birds of prey aged 7, when on a trip to Scotland. Sitting in a hide for three hours, at last I watched the UKs only breeding pair of ospreys (at the time) fly over the loch to their nest with fish to feed their babies. I was fascinated, hooked. Even now, every time a bird flies overhead I stop to watch it… especially birds of prey. I spent 18 years as a falconer and my fascination with raptors only got stronger. I’ve been lucky enough to travel more in recent years, and I always seek out the wildlife elements of any place I visit, no matter what or where they are. The natural world is a gift for us all to marvel at and enjoy, and I’ve just felt more and more strongly the responsibility to play my part in protecting it.

How can readers make a difference when they read your story and engage with the messages of conservation and self-belief?
Even the smallest positive act in any area of life will make a difference. My hope is that readers will look at wildlife in a new way, and be more aware of the ways they can help. Even getting involved in local initiatives, such as the work being done at The Wildwood Trust, and many other amazing organisations, will help, and the more of us that get involved, the more difference we will make collectively. I always remember the starfish story!

Why it is important to try to engage with young people in this age bracket (9-15) that often falls between the gaps of middle grade and YA, particularly in light of your youth work?

I believe that ages 9 – 14 are an increasingly crucial stage in development for a young person. It’s a concern to me that so many are exposed to all kinds of material on social media at this age, and the increasing pressure for an unrealistic expectation of some idea of ‘perfection’ that only filters can bring! It’s harder than it’s ever been to be a young person, and to navigate the challenges. I’m sure we can all relate to the teenage years as being a stage we were grateful to survive! Today we see issues relating to personal control, brought about by feelings of inadequacy, and this often seems to manifest in general feelings of hopelessness, a lack of direction and confidence, and sometimes heart-breaking cases of emotional trauma and pain, which can then result in very distressing reactive behaviour. I believe our young people are up against it in a way like never before, and that we need to help them, empower them to believe in themselves, and give them confidence again.

Why do you particularly support charities such as Wildwood and Vulpro? What is it about these charities in particular that stand out for you?

I’m passionate about animal conservation, and supporting Wildwood and Vulpro is hugely important to me. Wildwood’s mission to conserve indigenous species, the work they are carrying out on breed and release projects, is amazing, and they were the obvious local choice for me to support a UK charity. As a worldwide issue, many people are unaware that huge numbers of vultures are dying, and many species are now critically endangered. Vultures are a vital component in our ecosystem and their loss would be catastrophic. I adore vultures, and so this was again a natural choice for me. Vulpro are doing the most amazing work out in South Africa, and they need all the help they can get!

Do you have any trigger warnings on or in the book? The book deals with emotional abuse from a parent – what sort of feedback have you had around this theme?

Some feedback has been that it was a struggle to read about Trevor’s relationship with his father, but some has also been that it was too tame, so I know it’s a very emotive area. It’s hard to acknowledge but many people have gone through some element of abuse or dysfunction through their childhood at some point, so my hope is to face it head on and show different perspectives may help a reader feel reassured and not alone if anything like this was to happen / has happened to them.

What’s next for Trevor and Midge?
Trevor and Midge are fully immersed in the adventure of Book Two now, which is in progress. I’ve also been lucky enough to be asked to write a film script for Spellboda, and I’m currently working on this with an Emmy award-winning writer in LA as my editor – so I’m feeling very grateful!

Do you plan on writing any more books in the future?
I’m planning a set of three books for the Spellboda series, and already have ideas for other books!

And finally, what do you hope that readers will take away from the book?
I hope readers will take away that satisfied feeling that comes from reading a story written with passion, that connects and resonates with them and lifts their spirits. I hope they can lose themselves in the story, and believe amazing things are possible in life, if they believe in themselves!