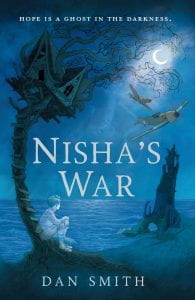 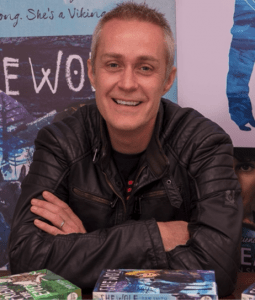 When Freja moves to Singapore, to live with her father and his new family for a year, she could not imagine the 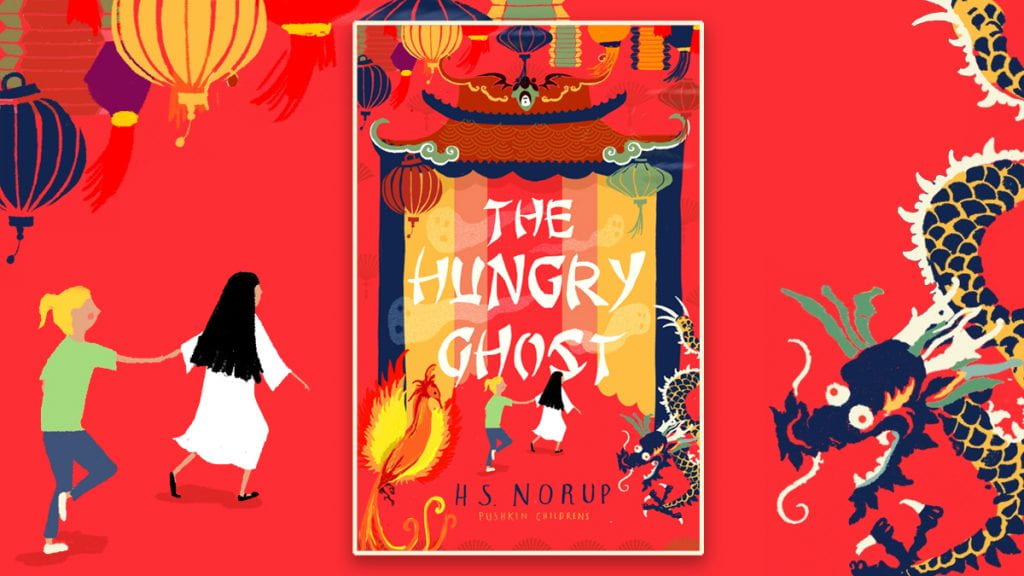 mysterious and frightening occurrences that will change her life.  The move was caused by the breakdown in her mother’s mental health, but Freja feels guilty for not being able to stay with her.  The world that she discovers in Singapore is very different from her home in Denmark and she finds it difficult to adapt to life with her step-mother Clementine and her two year-old twin half-brothers.  Freja arrives in her new home during the month of the “Hungry ghosts”, a festival celebrated in Buddhist Chinese and Vietnamese cultures;  where local residents leave food and other offerings at the graves of their ancestors to appease them and prevent evil spirits gaining access to our world.  On the evening of her arrival Freja sees a young girl, dressed in white, in the garden but no one seems to know where she comes from.  As the story progresses we learn that the girl is called Ling and that she is a ghost who cannot settle until she remembers what happened to her family.  How Freja and her new school friends help solve the mystery makes for a fascinating story and we discover that it was not just Ling who had hidden away some painful memories.

This is a beautifully told story with characters that are full of energy, but who are often suffering a lot of hidden pain.  The world of Singapore is brought to life and we are aware of just how much of a multi-cultural place it is.  All of the friends that Freja makes come from different parts of the world and their parents are often from separate countries; just like Freja, whose mother is Danish but her father is English and her step-mother is Anglo-Chinese.  The festival of the “Hungry Ghosts” puts me in mind of the Mexican Day of the Dead, but there is a slightly darker aspect to the commemoration as there is a strong need to prevent the ‘hungry ghosts’ (who may have committed a wrong doing in their life) from coming back to this world and wreaking havoc on their descendants.  The multiple layers of the story that are gradually revealed remind us of the inequalities of our colonial past and the heartache that this could cause for many of the people involved.  This is at times heart wrenching as Freja peels back hidden secrets and finally understands her links to Ling and Singapore.

H. S. Norup is the author of The Hungry Ghost and The Missing Barbegazi—a Sunday Times Book of the Year in 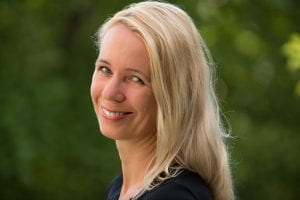 2018. Originally from Denmark, she has lived in six different countries and now resides in Switzerland with her husband and two teenage sons. She has a Master’s degree in Economics and Business Administration and sixteen years’ experience in corporate marketing strategy and communications. When she’s not writing or reading, she spends her time outdoors either skiing, hiking, walking, golfing or taking photos.

Thank you to the author for the author information and the photograph that she has made available on her website https://www.hsnorup.com/