This is an exciting and action packed series of books about a young girl called Emily Knight.  The title that we are 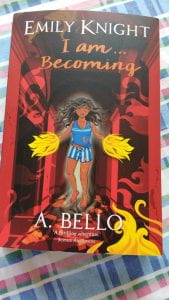 celebrating is actually the third book, of what I think is going to be a quartet; at least that is the impression I get from the end of the book.  I would however suggest that starting with the first title and working your way through is probably a very sensible option.  The complex plot and relationships mean that you need to understand the background and it is book one that gives you this information.

The series is set in a modern world; but it is one made up of ‘Mundanes’, who are people like us and the ‘Warriors’ who appear to have an assortment of special powers and act as protectors to the ordinary population.  Emily is the daughter of the most famous warrior, Thomas Knight, who had defeated the renegade warrior called Neci in a past battle.  She does not want to be the centre of attention and feels the pressure on her to be like her father and elder brother, Lox, both of whom have cult star status; having been star players in the seriously tough game called Dojo.  In books one and two  Emily’s brother is missing and her father is on a hunt to try and find him, leaving Emily at home with foster parents and friends.  By the start of book three the family have been reunited, but there are still many tensions and there is a move towards a war as Neci becomes more powerful and builds an army of followers.

This is definitely a series for those who love the idea of friendship groups involved in battling evil.  There are real echoes of other popular series from the past, but as always it is what the author does with the basic outline that is important. A Bello has produced something that although familiar in many ways has its own distinct story and characters.  Although we know that Neci is cast as the villain of the piece, I find myself wanting to know more about her back story.  We are told how she discovers her powers and develops her hatred of the warriors, but I feel there is more to the story and I hope that we will learn more about her motivation in the final story.  Emily herself  has all the anxieties and uncertainties of someone in their teens.  She feels the burden of leadership that is being placed on her and does not think that she can live up to the expectations.  She is also going through the normal ups and downs of adolescence and dealing with her attraction to two of the male students at her school.   With the reappearance of her father and brother she has to learn to cope with their personalities and to make them understand that she is an individual in hr own right.

It is good to see a series where there is a strong female central character and particularly one who is a person of colour.  There has been a lot of emphasis on diversity in literature this year, but this author has been writing such stories for several years and we can see from her author profile she is someone who is heavily involved in broadening the range of people and stories in children’s publishing.  I am delighted to have had the opportunity of reading these books and I look forward to the next title, when hopefully we will see the  finale of this exciting series 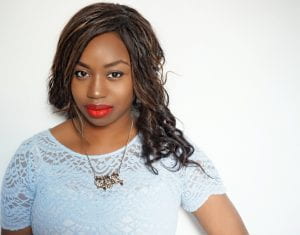 A. Bello first began writing the Emily Knight saga at aged
12 with the intention of filling the gaping hole in children’s
fiction for an inspirational, strong, black female, young
protagonist.
A. Bello won the London Book Fair’s Trailblazer Award
2018. She is the founder of The Lil’ Author School, co-founder
of The Author School, Hashtag Press, Hashtag BLAK, The
Diverse Book Awards and ink!
Find out more at www.a-bello.com
Follow A. Bello on Twitter: @ABelloWrites
Instagram: @abiolabello @emilyknightiam
Facebook.com/EmilyKnightIAM
Facebook.com/A.BelloAuthor