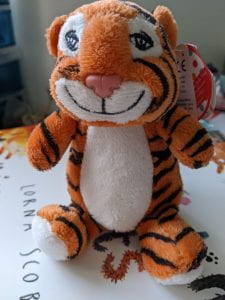 time, as I kept discovering more and more books which feature these majestic creatures.  The realization that this is the Chinese “Year of the Tiger” spurred me on to actually put together this group of books.  One of the main problems is that I keep finding even more, really exciting sounding books that I have now got on my ‘to be read’ list.  I have added these to the end of the blog post, so that you can all have a go at reading some of them. 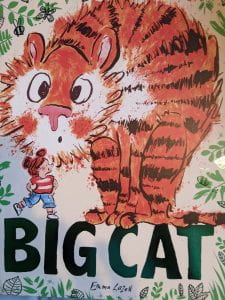 “Big Cat” by Emma Lazell is a very funny look at what happens when Grandma loses her spectacles.  She finds a very large cat and decides to look after it, but what everyone else can see is that this is no ordinary Cat.  Eventually some visitors, who are out searching for their son, find the glasses and everything becomes very clear!!  There is a real sense of playfulness with this story and I detect a certain ‘homage’ to  The Tiger who came to Tea.  Definitely one to keep and keep re-reading. 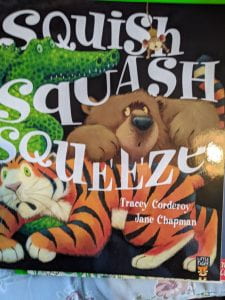 “Squish, Squash, Squeeze” by Tracey Corderoy and Jane Chapman tells the story of Mouse, who thinks he has found the perfect new home, but Bear, Crocodile, and Tiger say there is no room for them all.  When the floor collapses under them they are scared, but perhaps a burrowing Mole has provided the solution to all of their problems?  Another superbly funny picture book from Tracey Corderoy. 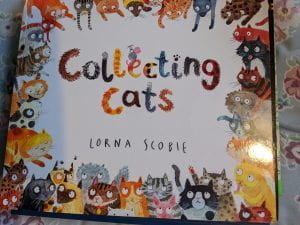 “Collecting Cats” by Lorna Scobie.  When the narrator of the story decides they want to collect cats they go about it in a very unusual way.  Firstly they get a load of cheese, this attracts mice and eventually the cats arrive to catch the mice.  However, you can have too much of a good thing and eventually they decide that collecting cheese is a better idea.  This is a fantastically silly and funny story, full of very kind of cat, so everyone is probably going to see their own version. 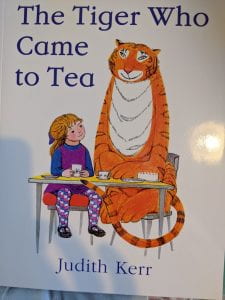 “The Tiger who came to Tea” by Judith Kerr is a modern classic, which is now celebrating  54 years since its original publication in 1968.  I probably came across it when I started working in a library in the early 1970s, so it has been part of my professional life for a very long time.  We never seem to tire of this somewhat unwelcome visitor, but are always thankful when he decides to leave.  Despite the setting, this seems to avoid many of the criticisms that could be made about gender roles in particular.  I still love it as a story. 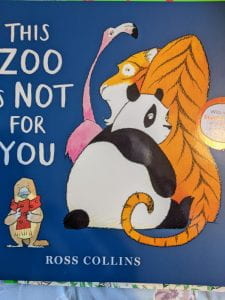 “This Zoo is not for You” by Ross Collins. When platypus turns up at the zoo, the animals assume that he is there for an interview to join the zoo.  Each of them finds a reason why he would not fit in, based on their own preferences.  However, after he has left, they discover a letter, inviting them to a party on his Platybus!! After apologies all round, everyone enjoys the fun.  A brilliant book about not making assumptions, or judging by appearances. 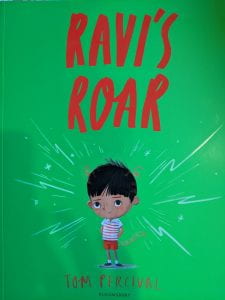 “Ravi’s Roar” by Tom Percival is another delightful book by this author and it focuses on the feelings that the youngest member of a family can feel.  Ravi feels left out of things by his siblings and he always seems to be last, because of his size.  One day it all becomes too much and Ravi is so angry, he turns in to a tiger, but what will happen when he calms down?  This is a brilliant look at coping with anger and is a welcome addition to the other books by Tom Percival, which deal with emotional well-being. 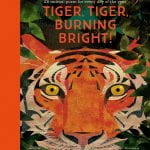 “Tiger, Tiger burning bright” by Fiona Waters and Britta Teckentrup is an amazing poetry collection for the younger reader, although it requires a table or very strong arms when reading it.  It really is one of those collections that every primary school should have and will act as a wonderful focus for children and their imaginations.

Tiger in the Snow by Nick Butterworth is an absolute classic, featuring a tabby kitten, called Tiger and the adventure he has when he discovers snow for the first time.  With all of his friends either too cold or too busy to come and play, can Tiger find a companion to share his fun? 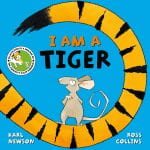 “I am a Tiger” by Karl Newsom and Ross Collins is an absolutely hysterical story of a mouse who insists that he is actually a tiger.  He manages to persuade several other animals that they are not who they think they are.  However, when a real tiger appears on the scene, can the mouse persuade him that he is actually a MOUSE!!  This is an real delight and a must have in every early years setting 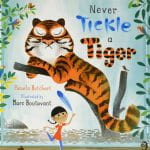 “Never tickle a tiger” by Pamela Butchart, illustrated by Marc Boutevant.  Izzy is a girl who can’t keep still. She is always wriggling and jiggling and generally causing havoc.  Can Izzy behave herself on a school visit to the Zoo and what will happen if she can’t?  A colourful and very energetic story about a young girl who cannot seem to keep out of trouble.  Izzy is one of those children who has to try everything and only learns from her mistakes.  On this occasion she creates total mayhem as she disregards the order “never tickle a tiger” and we have an amazing 4 page spread explaining just how big a disaster she has caused.  You would think that she has finally learnt her lesson, but I wouldn’t be sure about that.  This is a definite morality tale, much in the style of Hilaire Belloc, but with a thoroughly modern heroine.  A really fun book for younger readers. 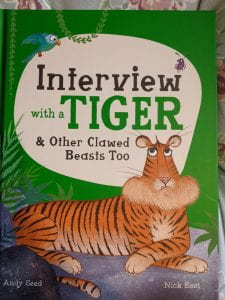 “Interview with a Tiger and other Clawed Beasts too” by Andy Seed and Nick East.  What a fascinating and very funny book this is, particularly if you want information but without the boring bits. The author gives us a series of ‘interviews’ with a range of animals and we get a wonderfully relaxed set of answers about them and their lifestyles. 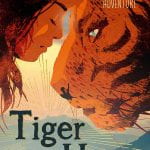 “Tiger Heart” by Penny Chrimes.   Fly is a young girl, abandoned at birth and then taken to work for a chimney sweep, climbing up and down the chimneys all day.  One day she makes a bid for freedom and quite literally finds herself trapped in a cage with a rather large tiger.  The strangest thing is that this creature begins to talk to her and she can understand him, but most oddly of all the tiger insists on calling her ‘princess’ and says that she comes from the same land as himself.  They escape from the house they are in but find themselves hunted by the man responsible for bringing the tiger and other animals to this country.  This is a story about friendship, knowing yourself and trying to understand the world around you.  It is a lesson in not letting physical possessions become the most important thing in life, but in knowing that people are what make the world a better place to live in 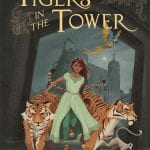 “The Tigers in the Tower” by Julia Golding is a fascinating story of animals at the Tower of London in the 19th Century.  there is a full review of this book on this blog, written in September 2020. 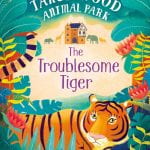 “The troublesome |Tiger” by Tamsyn Murray is part of her series for young readers, featuring Zoe, who lives at Tanglewood Animal Park.   This book is about Tindu, a new addition to the park, but one that is not settling in to their new home.  Can Zoe help and make their new tiger feel at home.  This is a great series for those who love animals and is an excellent precursor to reading Gill Lewis and similar writers.

These are some other books that I have come across and hope to read, or re-read in the near future.  Do give some of them a try.

“Mr Tiger, Betsy and the Blue Moon” by Sally Gardner

“The Time traveller and the Tiger” by Tania Unsworth

“The Dancing Tiger” by Malachy Doyle

“The magic Bed”  by John Burningham 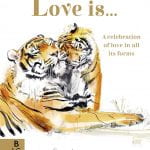 “Love is…” by Sarah Maycock

“Tiger in trouble” by Jess Butterworth

“There’s a Tiger in the garden” by Lizzy Stewart

So, from me and my tiger friends, enjoy these books and have a wonderful “Year of the Tiger” 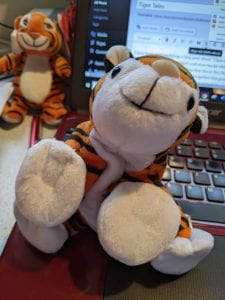