The last few months have been an absolute treasure trove of new middle grade fiction; it has ranged from favourite series reaching their conclusion, to the start of some fantastic and truly imaginative adventures.   Recurring themes seem to include elements of ‘Steam Punk’ , Time slip adventures, magic and crime.  In other words there is something for everyone if they can search out the books.  As always I hope that these little tasters will help people find something that suits them. 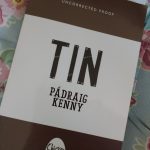 “Tin” by Padraig Kenny is the first book by a very talented writer and it is set in a world where mechanical persons and animals are commonplace.  Christopher is a ‘real’ boy who was orphaned as a small child and is now apprenticed to an inventor who creates mechanicals.  It is a great story that is full of adventure and a few secrets that will tug at your emotions when they are revealed 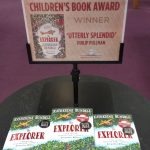 “The Explorer” by Katherine Rundell is a wonderful story of a group of children who find themselves stranded in the Amazon Jungle after their aeroplane crashes and the pilot dies.   When they find evidence that someone has been in the area before them, they start to see if they can find the person or ways out of the jungle. 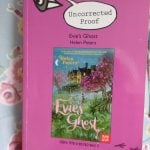 “Evie’s Ghost” by Helen Peters is a lovely time slip story for middle grade.  When Evie is sent to stay with an elderly and rather eccentric godmother she does not expect to find herself transported back to 1814.  She finds that the daughter of the house is being forced to marry a friend of her father; however back in the modern world there is a story that this same person has been imprisoned by her father and then mysteriously disappeared, presumed dead .  How Evie copes with life in the 19th century and searches for a way to help the daughter makes for a thrilling story which I really enjoyed. 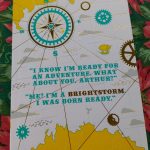 “Brightstorm” by Vashti Hardy is a wonderful mix of  steampunk, exploration and  the importance of family.  It has two strong and determined siblings who set out to find what has happened to their explorer father, after he is pronounced dead and accused of having sabotaged another airship crew.  I think we are going to have great fun with Arthur and Maudie as they take on further adventures.  We also have a wonderfully evil villainess in the shape of the aptly named Eudora Vane. 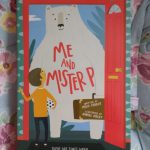 “Me and Mr P” by Maria Farrer is a truly delightful story of Arthur and his younger brother Liam.  Arthur often feels left out because of the problems that Liam has to cope with (he is on the autistic spectrum), so when the mysterious Mr P, who just happens to be a Polar bear, turns  up on the doorstep he wonders what is going to happen.  This is a gorgeous story that leaves you feeling warm and cuddly inside, even though Liam has to cope with some serious issues.  I am looking forward to Mr P’s next adventure as he continues to help those in need. 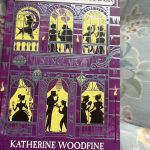 “The Midnight Peacock” by Katherine Woodfine is the final book in the ‘Sinclair’s mysteries’ series and the author provides a really exciting and satisfying finale.  When Sophie and Lil are invited to a Christmas/New Year  party at Winter Hall,they did not expect to find yet another mystery for them to solve.  Thy are pitted against old enemies and are in a race against time to prevent a disaster.  It has recently be announced that the intrepid duo will be starring in a new series of books over the next few years, so all of their fans will be jumping up and down with joy. 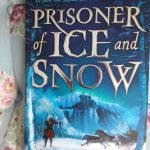 “The Prisoner of Ice and Snow” by Ruth Lauren is set in a country not dissimilar to old Russia with snow, wolves and warring nations.  Valor has created a situation where she has been sent to a terrible prison called Tyur’ma, made of ice and stone; however this is part of her plan to free her twin sister from this same place.  Why they are there and how they can escape and save their country forms the basis of this exciting story.  I loved the relationship between the girls but there were also lots of twists and turns in the plot which kept me guessing for a while. 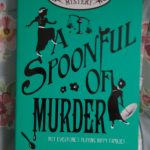 “Spoonful of Murder”  by Robin Stevens is the latest in the “Wells and Wong” series featuring the two schoolgirl detectives Daisy and Hazel.  This time they are staying in Hong Kong, after the death of Hazel’s grandfather, so that she is the one who is comfortable and in control, unlike daisy who is quite out of her depth.  This is an extremely personal investigation for the two girls and is a worthy addition to the series.  I find myself recommending this all the time and the followers are growing, book by book.

“The Eye of the North” by Sinead O’Hart  sees another intrepid young girl, this time called Emmeline, setting off to discover the whereabouts of her missing explorer parents.  It is a steampunk novel with two opposing and still very nasty villains both of whom want to stop Emmeline and her companions from solving the puzzle and finding the missing parents.  (Stripes, 978-1847159410)

“The Empty Grave” (Lockwood and Co.) by Jonathan Stroud brings the Lockwood and Co. series to an end and it does so with a really fantastic story which brings all of the story strands together.  A really great series for those who love the supernatural, magic and a fair bit of investigation.  The unlikely team of investigators face not only the supernatural but also real adversaries and finally discover secrets from the past. (Disney-Hyperion,  978-1484778722)

“Carnival of Monsters” (S.C.R.E.A.M) by Andrew Beasley is the second story in a new series by this author and featuring a Victorian crime-fighting duo called Charley (a girl) and Billy.  The twist is that they are part of an organization that specializes in dealing with the supernatural.  It is also great to see that Charley is a strong and leading character in the books, with no ground being given because she is in a wheelchair; an excellent role model.  (Usborne,  978-1474906937) 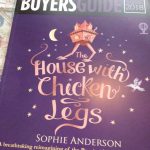 “The House with Chicken Legs” by Sophie Anderson gives the game away with its name; that is if you know the Russian folk tale “Baba Yaga”. this is an updated version of the story, where the heroine live with her grandmother, the eponymous Baba Yaga but does not want to follow in her footsteps and help the dead to cross into the next world.  All Marinka wants is to be a normal girl, live in the same place and have some real friends.  Her attempts lead to some unfortunate events and she gradually learns that she needs to compromise in order to get the best for herself and those she loves. 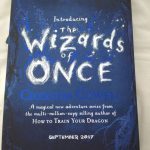 “The Wizards of Once” by Cressida Cowell is the first in the new series by the wonderful Cressida Cowell.  She has moved away from Dragons but this time she has  Wizards and Warriors who are hereditary enemies.  However things are about to change when it is accidentally discovered that Witches are not extinct and that the queen of witches is on the move and wanting to get rid of the two groups who banished her in the past.  A very funny story with two great characters in the centre of things.  I can’t wait to see how this continues. 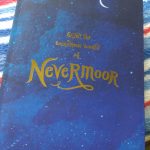 “Nevermoor” by Jessica Townshend is yet another story set in a magical world.  Since early childhood Morrigan has been blamed for every bad thing that has befallen the people of her village: from her mother dying in childbirth to people tripping over or even wishing someone a good day.  Because she was born on Eventide night she is doomed to die at the same time on the night she turns 11; unfortunately that date is fast approaching.  However before this date there is the annual ‘bid’ ceremony where children are chosen to attend different types of education. Morrigan is allowed to attend as an observer and is shocked when someone bids for her. When the eccentric Jupiter North offers her the chance to train for the Wundrous Society in the secret city of Nevermoor, Morrigan jumps at the opportunity to escape her fate, but is it ‘out of the frying pan’?  This is the first part of a wonderful new series that is gaining lots of fans and I am looking forward to the next book in the series.

I do hope that people find stories that they will enjoy among this selection.  I thoroughly enjoyed all of them  and had a roller-coaster ride as I looked forward to the next stories in new series and said goodbye to old friends as other tales came to an end.  With Easter about to arrive I hope that you find time to enjoy several of these magic and imaginative stories.