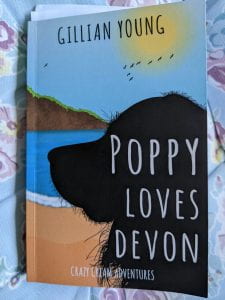 This is the second story about a rather fantastic young golden retriever called Poppy.  For anyone who has ever owned a dog there are so many moments when you nod your head and remember when your own dog did exactly the same thing; from rolling  in fox poo, to running after some exciting movement in the undergrowth.  The series is called the “Crazy Cream Adventures” and is based on the author’s own pets, as explained in her resume.  This story takes Poppy and her family, she calls her humans her ‘pawrents’ on their holidays to Devon, somewhere that Poppy loves.  They are staying on a farm and Poppy soon starts making friends, except for the resident sheepdog; who is very reserved.  When Poppy finds a lost puppy, things begin to get interesting and she thinks that there is a ‘monster’ lurking in the woods.  The question is whether our heroine can solve the mysteries and have the holiday she wanted.

This is a great adventure for all dog lovers, even if they don’t have one of their own.  It is told from Poppy’s viewpoint and it is fascinating to see the way that she and her human manage to misunderstand each other.  Whilst not intended as a ‘funny’ story, you can’t help but laugh at some of the antics that the animals get up to.  There are elements of adventure and intrigue in this story, but overall it is a beautifully gentle story of the relationship between dogs and their humans.

About the Author
Gillian Young is a full-time writer and illustrator of children’s middle-grade
fiction. 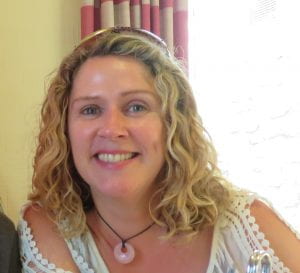 Gillian has always been passionate about writing and art. Following art
college, she worked as a Graphic Artist. During this time, she settled down, got
married and had two children. Becoming a mother reintroduced her to the magic
of children’s fiction. Every night she’d read Peter Rabbit and Benjamin Bunny to
her kids. Eventually, she had the idea of writing stories of her own.
To be an author was still her dream – that had never gone away. Snatches
of time between going to work and taking care of the children were spent bent
over her laptop writing – until 2015…
A battle with cancer led Gillian to re-evaluate her life. Writing was her
medicine and it was because of this that she decided to ‘go for it ’ and focus on
becoming an author.
Much of Gillian’s work is inspired by her golden retrievers who have
achieved some fame around the world through their Instagram page
(crazy.cream.retrievers). Following her previous books, Poppy on Safari, and
Tammy and Willow, Gillian has appeared on radio and magazines talking both
about her books and her experiences fighting and defeating the big ‘C’.
Gillian lives with her family in Worcestershire. 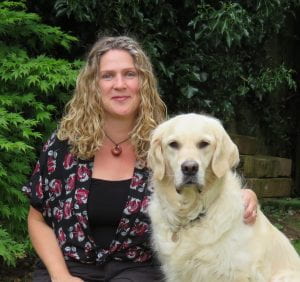