This year the theme is The Planet we share, which is something that has been highlighted by many people, but especially Sir David Attenborough and Greta Thunberg.  The three titles that I have been asked to review look at different areas of concern, but they have all acted as catalysts to get young people engaged in the world around them and in motivating them to become involved in creating solutions for the future.

All of these titles are published  by the educational publisher Raintree.  The company was founded in the 1990s as Heinemann Library and then in 2004 they introduced Raintree as part of the Group.  Four years later the publishers were brought by the American company Capstone and have been part of that group ever since.  They have always specialized in information books for the curriculum and most school libraries, especially in primary schools, will have a wide selection of their titles.

“You are eating Plastic every day” by Danielle Smith-Llera  is a book that is aimed at the lower secondary age group and possibly the top of KS2.  The 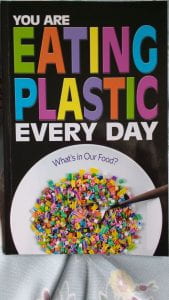 text is easily accessible and looks at the world wide impact that plastic is having on our environment.  The illustrations are full of impact and many young readers will find the images quite shocking.  the book has been published in 2020 and it is good to see that the pictures and text reflect current realities. This is actually quite a short book, with only 57 pages of text, but it also has a good glossary, index and bibliography.  The only thing I would say about the bibliography is that some of the reference might be aimed at a more mature audience than the book itself.  However this will make an excellent addition to the school library and act as a great introduction to further research. 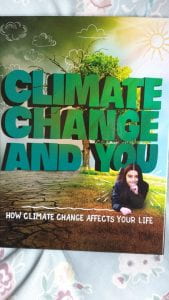 audience.  I would definitely place it in the lower KS2 range, although it could be used in KS1 to support an introduction to this topic.  The text is well laid out, with short sentences, large font and a pictures on every double page spread.  I particularly like the highlighted terms in the main text which are then explained in the glossary at the back; this makes linking the two areas quite easy.  There is a short index as well as the glossary and a very short list other other books and websites’ although all the other books are Raintree titles.  The publication date is shown as 2021, so I have been lucky in being shown it at such an early time.  It is definitely one of those titles that will become a staple of the school library and classroom and it will provide a good introduction to a vital subject.

“Saving British Wildlife” by Claire Throp is part of a series called ‘success stories’, which 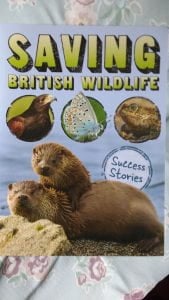 rather gives the hint that this is going to be about positive changes that have happened over the last few years.  The book starts out by talking about a survey that was undertaken in 2016, which resulted in a report called “The State of Nature“.  It provided the frightening statistic that 56% of our wildlife was in decline.  The book then goes on to explain the various issues which have  affected our wildlife and the ways that organizations and individuals have tried to improve matters.  Most of the book looks at different types of wildlife, so there is a chapter on birds, mammals, fish, insects and amphibians, before looking at those species that are still in danger.  This book also uses the highlighted text and glossary link system as well as having a good index and bibliography with quite a few online links.  Once again this book is aimed at KS2 and the wonderful illustrations and attractive layout make it very appealing.

The latter two titles are both give a book banding of ‘Dark Red’, which many schools will find helpful.